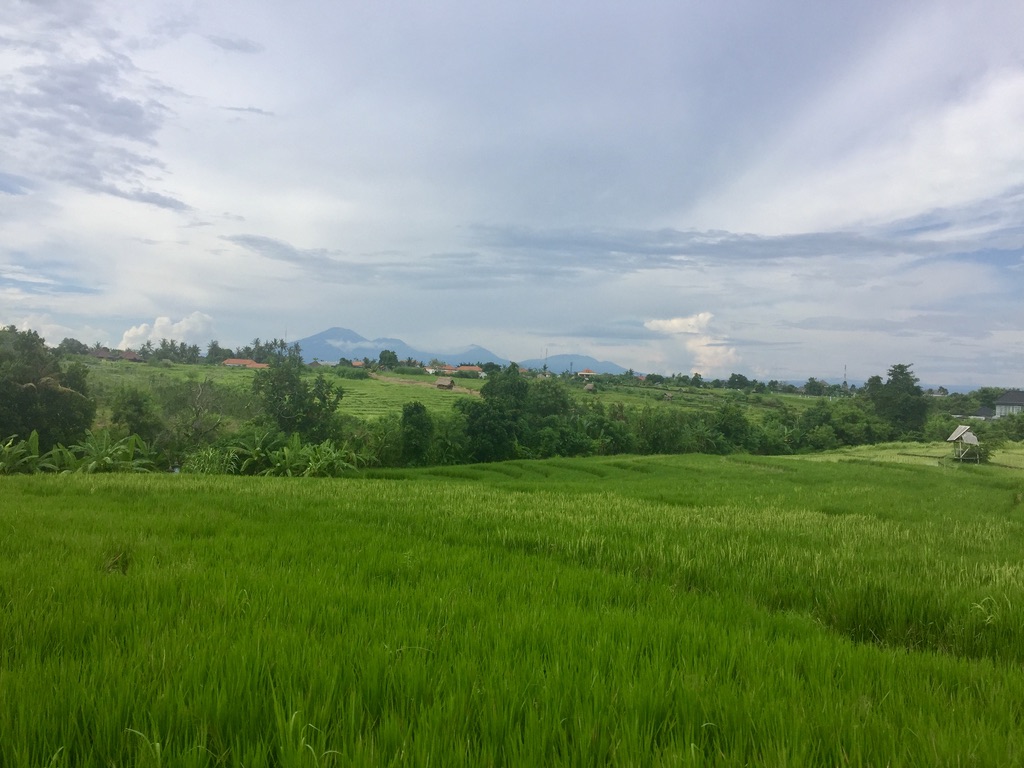 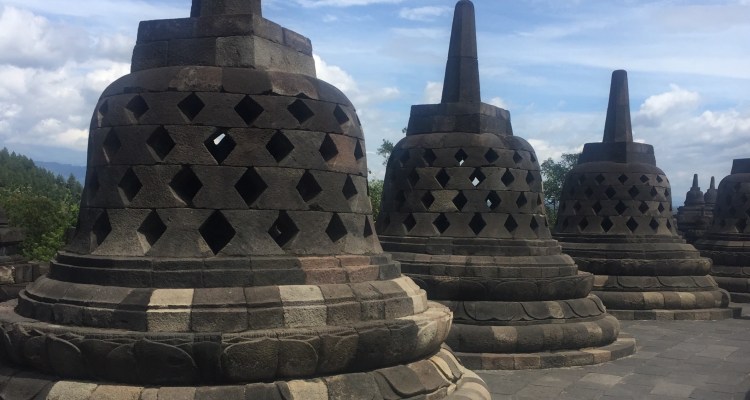 Yogjarkata or Jogja as many people call it was a wonderful place we got to visit at the end of the January school holidays. We spent 4 days exploring this fascinating city that has many universities and it is the 2nd most popular tourist destination in Indonesia. The Sultan lives there and it is famous for its amazing food, art and culture. Being a young city the place was also covered in interesting street art and murals. 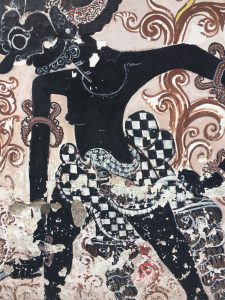 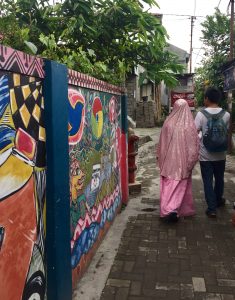 Unfortunately we all arrived sick with the flu (except for Liam who already had it in Lombok) so we weren’t in the best mood to explore! Nonetheless, we arrived after an early morning flight and went to check out the Kraton (Sultan’s Royal Palace). We walked around this historical compound and saw many of the Sultan’s helpers (said to be over 100). We saw performers playing traditional music and some helpers preparing for the weekly traditional puppet shows. The large courtyard floor we walked on was made from volcanic sand and the kids got to ring the old palace alarm bell.

After the palace we went to Taman Sari (Water Castle) with its bathing complexes and watch tower where the Sultan would look at his women bath. We also walked through a tunnel that lead to an underground mosque and a special set of four angle stairs that joined together.

We were told a visit to Jogja is not complete unless you visit the world famous Borobudur. Built in the eighth century by the Shailendra Dynasty, Borobudur is arguably Indonesia’s most important ancient monument. It is the largest Buddhist temple in the world! We were amongst thousands of visitors all using the hired umbrellas to get some shelter from the intense heat. Many say it is best to see it at 5am but when it takes over an hour to get there we weren’t up for such an early rise. It take about 30 mins to reach the top or more if you are taking it slow and the structure and surrounding views are breathtaking.

Jogja is also famous for Batik productions and the kids spent the morning at a factory learning and making their own Batik creations. They chose from many Batik stamp designs that were then placed into hot wax and laid out and pressed on their plain white sheets. The process took about 2 hours of stamping, washing, dying, washing again, ironing and so forth and they both ended up with great Batik pieces they were very proud of.

Still quite sick and in the evening heat we managed to do a very interesting street food walking tour. It was just us and a young university student who first took us to a busy restaurant that only served Jogja’s most famous dish – the Gudeg. This dish has a unique sweet and savoury taste. It is made from young unripe jackfruit boiled for several hours with palm sugar, and coconut milk. We were told this old traditional dish is only used with the jackfruit as it closely resembles the texture of meat which was too expensive to buy and a great alternative in the olden days. We then walked toward the main city street called Jalan Malioboro. We ate street food at another busy noodle place and sat on a big carpet on the floor on the street eating these delish noodles and tea. We stopped at a few other small food carts through this very crowded street.

Malioboro Street was packed with young locals meeting up as it is the social place to be. There were lots of food carts, buskers, musicians, painters, shops and friends taking selfies and catching up. The street is also filled with trishaws and horse drawn carts parked on the side ready to take a fare. It was the place to be and it definitely came alive at night.

We stayed at the Hyatt hotel which is about 40 mins outside the city centre and on our last night they showcased a Ramayana Dance performance accompanied by Gamelons.

Before we caught our flight back to Bali we were very happy to check out Jogja’s ice cream institution – called Tempo Gelato.

The ice cream was probably one of the best we have ever had and it reminded us of Gusto in Bali and Messina in Sydney. Even though we were the only tourists, it was such a lovely atmosphere amongst young Muslim girls having fun and taking selfies with their huge ice creams. An awesome pitt stop on the way to the airport! 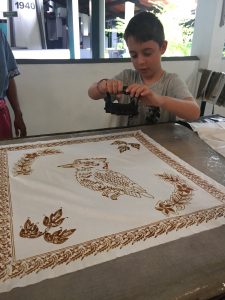 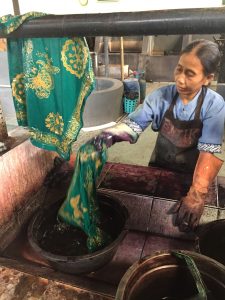 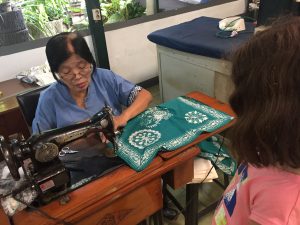 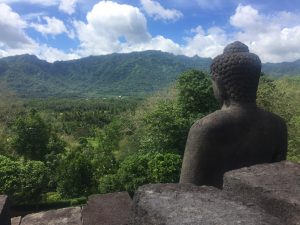 At the top of the Borobudur temple 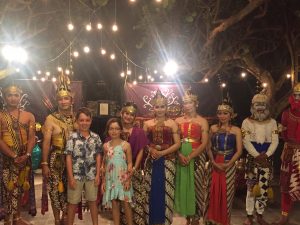 Cultural dinner at the Hyatt Hotel 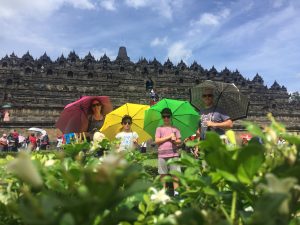 About to climb up Borobodur temple 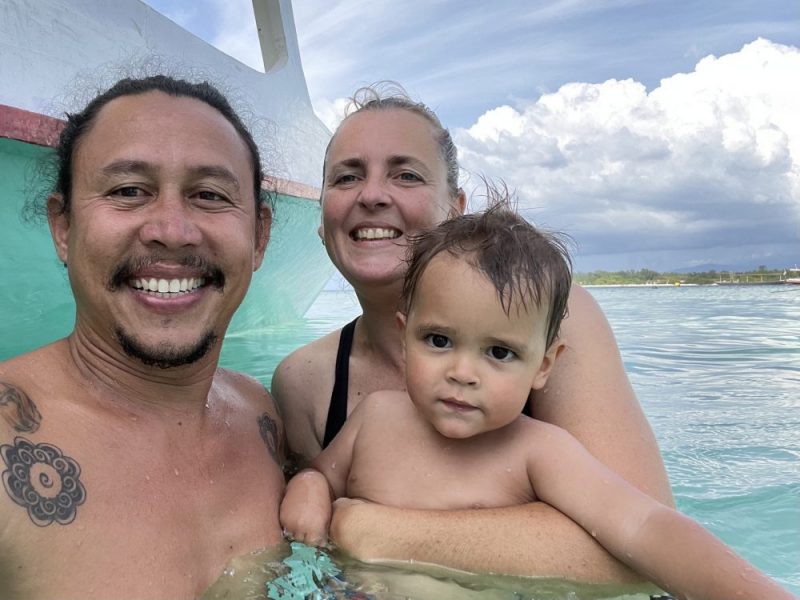 Raising a baby in the Gilli islands 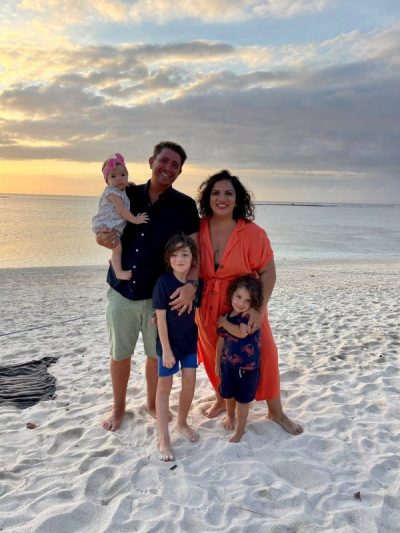 Expat. Roasters and the family behind this successful coffee business in Bali